Engadget reports Google has made a change to its Android Dashboard. Previously, the company counted all devices that pinged Google servers, but now the search giant only provides data about devices whose users actively checked Google Play during the reporting period.

Previously, it counted all devices that pinged Google servers. The latest stats, updated today, show a jump in the amount of actives (previously devices, now users) on Jelly Bean (Android 4.1 or higher), up to 25 percent from 16.5 percent last month when it counted the old way. The number of devices recorded running Froyo and Gingerbread have taken the biggest hit, down 3.6 and 4 percentage points, respectively.

The new reporting method provides a better picture to developers, it makes it easier to figure out how many users are available to target on the various versions of Android and types of hardware by excluding the little used "zombie hardware". 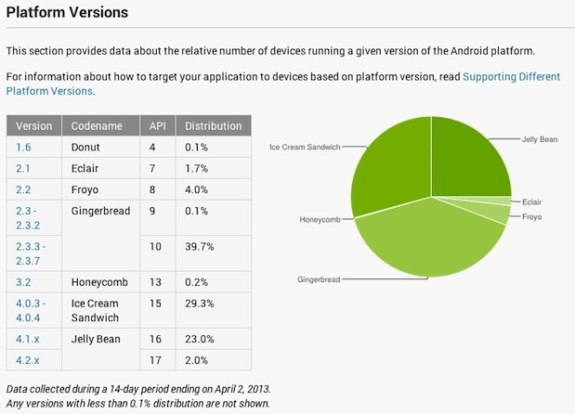