The first details about Intel's 9-series chipsets for the future "Broadwell" processors have hit the web. Expected to arrive in Q2 2014, this new platform will feature the Z97 for enthusiasts and the H97 for mainstream consumers. Both chipsets will drive LGA1150 processors and could support both Haswell and Broadwell. One of the main new features in the 9-series will be SATA Express, a new storage standard that enables tranfer speeds of up to 1GB/s per lane.

We already know that Intel's upcoming 8-series chipset sees the chipset feature SATA Rev. 3.0 (6 Gb/s) on all six of its ports. Today's 7-series chipset feature a combination of two SATA 6 Gb/s, and four SATA 3 Gb/s. Tomorrow's 9-series could introduce SATA Express, although there's no information on just how many ports will support it. SATA Express is being drafted by SATA-IO into what could be SATA revision 3.2. It is essentially SATA link-layer over PCIe physical layer, although it manages to retain backwards compatibility with older SATA standards (at reduced performance, of course). SATA Express could provide drives with 1000 MB/s of bandwidth per direction. 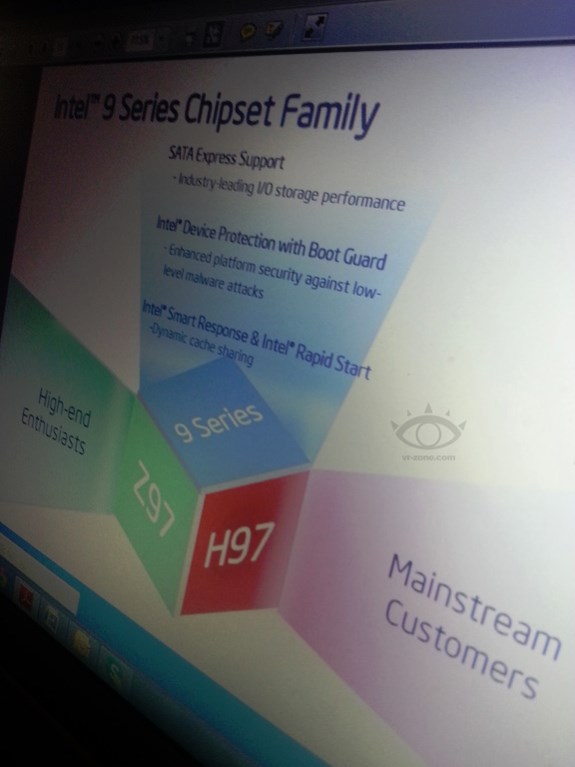