Be Quiet! says all of its current PSUs are Haswell-ready

Posted on Tuesday, May 21 2013 @ 18:48 CEST by Thomas De Maesschalck
Be Quiet! announced in a press release that all of its current power supplies support the new low power states of Intel's Haswell processor:

Be Quiet!, market leader with power supplies in Germany for seven consecutive years, confirms that all of it's current PSU models support Intel's fourth generation of Core processors (Codename Haswell). Intel's upcoming Haswell CPUs impose stricter requirements on the power supply regarding energy saving features. To lower the power consumption of current computers even more, the new processors feature new sleep states called C6 and C7. In these states, the processor is nearly shut off completely, bringing down the power consumption close to zero.

Saving money risking quality
If consumers can use this new deep sleep state depends on their power supply. It must run under very low loads below 0.05 Amps. Many inferior power supplies have problems in these low load situations. Low quality components might even lead to the activation of the PSUs safety circuits. In that case the computer would not start again. 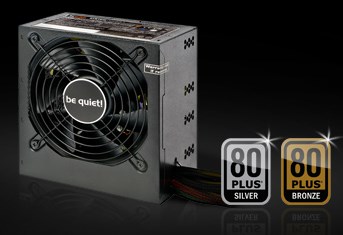