Xbox One controller designed to last a decade

Posted on Thursday, May 30 2013 @ 12:10 CEST by Thomas De Maesschalck
Microsoft revealed to Pocket Lint that the controller of the Xbox One console has been designed to last you around seven to ten years, if not longer. The software giant improved the design of its controller, the latest batch of controllers are withstanding over 3 million button presses, the thumbstick has been improved as well and the controller should have a higher resistance to drop damage.

But it's not just pressing buttons randomly to see if they eventually break, each button is connected to a computer so Microsoft can check that the button press is delivering the right result. If it doesn't it is recorded and then a technician can look into it further.

Brown also explains that the thumbstick has also been worked and worked, as well as, a series of drop tests that are filmed in slow motion so Microsoft can see the shock points to make sure the insides aren't damaged. 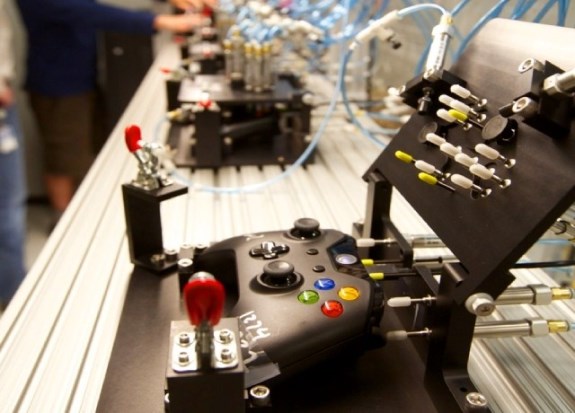