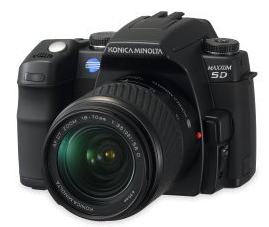 The North American digital camera market hit another high point in terms of unit shipments for 2004, growing 27% over 2003 to reach 22.2 million cameras shipped. The market is expected to grow once again to reach 26 million cameras in 2005, but at a slower pace of 16%. The market will peak in 2006 when the market reaches just under 28 million cameras, and will begin to decline thereafter.

Slowing growth of digital camera shipments is a natural result of what is a maturing market. As household penetration for digital cameras hit 42% in 2004 and is expected to reach 55% in 2005, the market that was largely fueled by first-time buyers for its first decade of existence will increasingly rely on return buyers. By the end of this decade, in fact, 9 out of 10 buyers of digital cameras will be previous owners.

"The digital camera market has entered its middle age, and with that comes new challenges and new opportunities for camera vendors," says Mike Wolf, Director of Digital Photography Trends at InfoTrends/CAP Ventures. "Return buyers looking to upgrade their starter cameras with a focus on better resolution, longer battery life, and longer zooms have found great values in the market. Camera vendors have done a good job increasing value for consumers in an effort to maintain average selling prices, but will need to continue upping the ante from a performance and features standpoint moving forward to encourage upgrades. One way to do this is to add new features such as wireless LAN connectivity, which InfoTrends/CAP Ventures expects to grow in popularity over the next several years."

One of the brightest spots for digital camera vendors has been the Digital SLR. Canon's Digital Rebel and Nikon's D70 were two of the best selling models of 2004, despite their higher average prices. Photo hobbyists have been attracted to the powerful features of these cameras. InfoTrends/CAP Ventures expects the consumer DLSR market grow 81% in 2005.

The top digital camera players were Kodak, Sony, Canon, Olympus, Fuji, HP, and Nikon, in rank order for U.S. 2004 unit sales. The top three vendors are expected to hold their ranks in 2005.