Posted on Friday, Aug 02 2013 @ 12:18 CEST by Thomas De Maesschalck
iFixit performed a teardown of NVIDIA's Shield console and concludes the device has a durable design with lots of modular components that will enable low repair costs, although some elements like the display and the battery are not easily accessible. Perhaps the biggest surprise from the teardown is that Shield uses a fan to prevent potential overheating issues (or to limit the need to throttle down the SoC).

But perhaps of more concern is Nvidia's decision to include a fan to actively cool the Shield, which given the relatively bulky dimensions of the device compared to a thin tablet, doesn't look good for the heat generation potential of the integrated Tegra 4 SoC processor.

Nvidia's decision to actively cool the Shield is surprising not least because the Tegra 4 SoC processor and memory modules are designed to be used in passively cooled tablets. It is likely that the firm is covering potential overheating issues simply because it expects the chip to be running computationally heavy games most of the time. 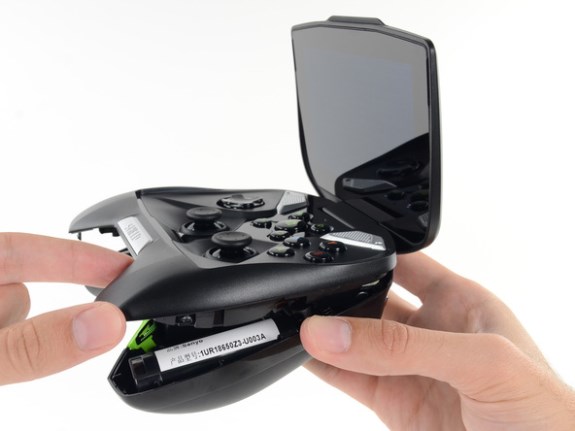