Posted on Tuesday, Aug 06 2013 @ 19:12 CEST by Thomas De Maesschalck
A Santa Clara based startup called Crossbar introduced its Resistive RAM technology, a new type of memory chip that promises more than twice the storage density of NAND flash memory at a 25nm process. The company claims its technology can storage up to one terabyte of data on a single 200mm² chip thanks to its stackability - bundled with a load of other advantages versus NAND flash memory. It almost sounds too good to be true, Crossbar claims its technology can deliver 20x faster write performance, 20x lower power consumption and 10x higher endurance than today's best-in-class NAND flash memory. Crossbar produced its first ReRAM prototypes and claims commercialization isn't far away. 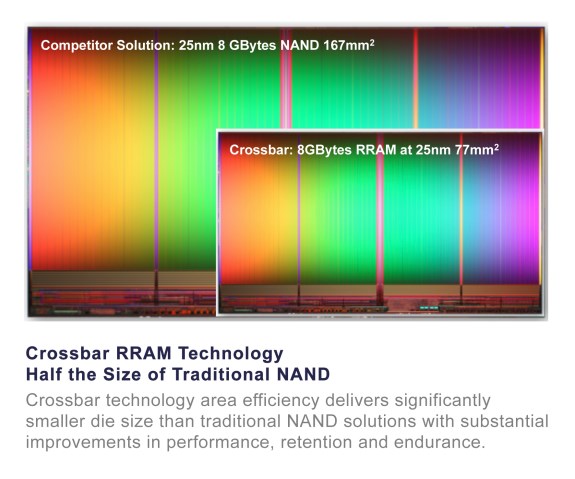