Posted on Wednesday, Aug 14 2013 @ 13:45 CEST by Thomas De Maesschalck
BitFenix officially introduces the Prodigy M. Whereas the original Prodigy was designed for Mini-ITX motherboards, this somewhat larger version fits Micro-ATX motherboards as well. The MSRP is 79.90EUR and the case is available in black and white.

The computer world has changed radically when into the market came in BitFenix Prodigy model. The case helped everybody to see that not only large ATX mainboards are suitable for high-end computers, but you can also build this on a small Mini-ITX. Looking at the number of recommendations on hardware websites and in newspapers, the Prodigy model definetely broke the record in history, even if we count in old good Dragon. It seemed that it is the perfect chassis nowadays, when looking at dimensions and possibilities. Can you really improve something, what is already perfect? BitFenix company has been using Kaizen philosophy, which says the improvement is never-ending process.

Today, the manufacturer launches the new model called Prodigy M, inside which it can be mounted not only Mini-ITX, but also a much larger microATX mainboard. Number of expansion slots has been increased from two to five. This allows to install not only two slim graphic cards like in the old model, but to use the full power of wide models including SLI and CrossFireX. For those who thinks that one strong graphic card is enough, there is a lot of space, where you can install sound card, TV tuner, RAID controller, wireless network adapter or even card to mount additional HDD’s or SSD’s. Possibilities to extend the system with five slots for cards are simply huge.

It is a known saying that if someone has added something new, than he has to pay the cost of it. With Prodigy M it is completely untrue. The maximum length of graphic cards is even more than before - 320mm. In chasis there is still room for a full ATX power supply, 5.25” drive or panel, 3.5” hard drives and 2.5” SSD. As if these improvements were not enough, the maximum CPU cooler height was increased from 175mm to 180mm. Its easy to use inside really big and silent radiator and not some small cooler which whistles and could drive anyone sooner or later crazy. For watercooling maniacs thre is space for 240mm radiator with maximum height of 27mm, which can cool down without problems any multi-core processors and newest graphic cards with high TDP.

It’s not over yet. Another news in the Prodigy M is built in Heat Shield, which prevents the outgoing hot air from power supply at the bottom to re-enter your computer.

Here are just some of the features we've included: 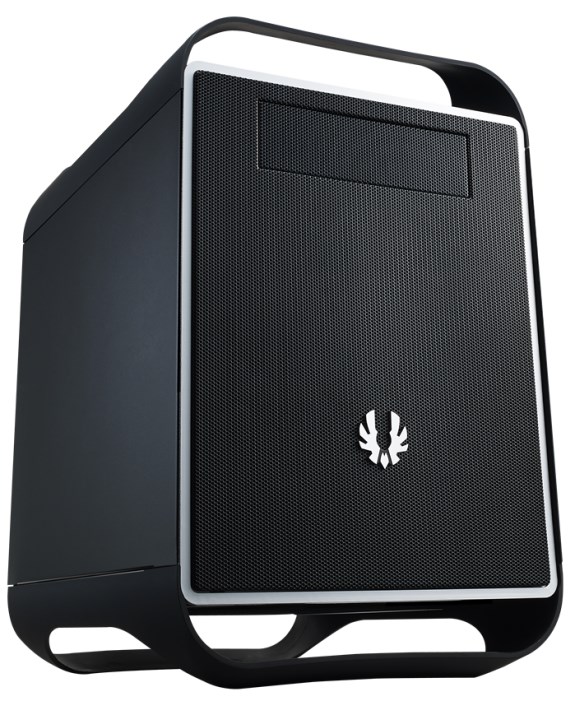 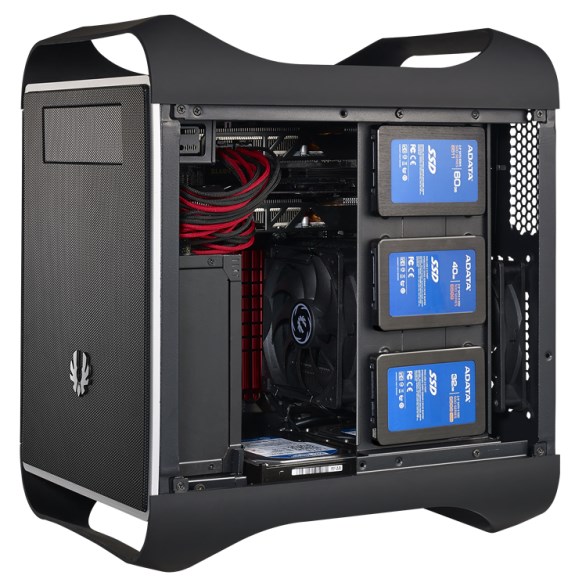