This system, which is bundled with each EK-Supreme LTX AMD series water block, manufactured since August 29th 2013, greatly improves the functionality with it's user friendly approach.

PreciseMount system offers completely tool-less installation which has also been greatly simplified compared to it's predecessor. Due to the intelligent design and precise machining one can always achieve the same optimal installation without the fear of damaging the motherboard.

EK-Supreme LTX AMD PreciseMount - Nickel is also available for separate purchase (6,95€ incl. VAT) through EK Webshop and Partner Reseller Network and is a recommended upgrade for all existing EK-Supreme LTX AMD users that are using the water block without any backplate.

About EK-Supreme LTX AMD:
EK-Supreme LTX AMD CSQ (LTX stands for Light XTreme) is a universal AMD® socket CPU waterblock for the advanced enthusiast users. It has been designed to lower the production costs yet still offer the EK quality branded CPU waterblock at the best price. Debuted in 2012 it is compatible with all modern AMD® socket motherboards and comes in four different flavours. 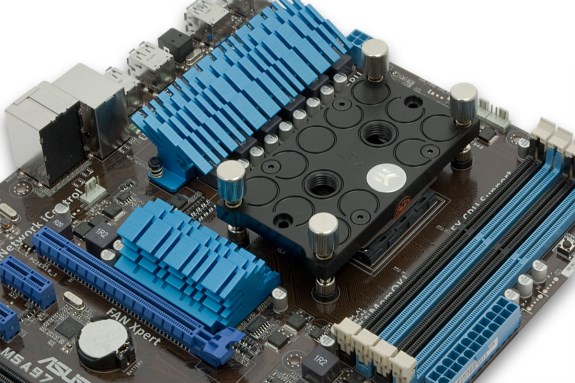