MSI is excited to announce that it has just launched the all-new AE220 21.5" touch control entertainment system equipped with AMD's latest Kabini APU platform. The design seeks to use the MSI 21.5" All-in-One PC as the spearhead of a new standard in AIO PC design that retains the best traditional features while continuing to set the trend in high-tech innovation. The MSI AE220 comes with exclusive Flicker-Free technology and Blue Light Control, which protects the user's eyes from screen glare and flickering, preventing eyestrain. It also has a transparent bezel that helps the computer’s appearance aside the conventional cold and sterile feeling about high-tech. The compact design blends seamlessly into designer interiors and enhances the overall look of style and sophistication. The MSI AE220 is currently available in Europe.

The MSI AE220 is the first to feature the E2-3000/A4-5000 APU of AMD's Kabini platform. Based on a 28nm producing process, the new APU delivers high performance with a low power consumption of just 15W. AMD Kabini does more than just integrate the GPU and CPU into the same chip; the chipset functions are also integrated to create the industry's first System-on-Chip (SOC) APU processor. The AMD Kabini platform delivers exceptional rendering performance and packs massive power into a 15W processor. The MSI AE220 features the E2-3000/A4-5000 integrated with AMD Radeon HD 8280/8330 Graphics for a big boost in multi-media and 3D performance compared to previous generation. Users can now enjoy the performance and quality of a discrete graphics card without having to acquire one.

Onboard Creative Sound Blaster Cinema
In its quest to offer an ever-better visual experience for users, MSI incorporates its own “Flicker-Free” technology into the new All-in-One PC's Anti-Glare display. What's more, both its touch-screen and non touch-screen models support the technology, so it protects your eyes from screen glare and flickering whether you are using one in an office environment under the bright lights of a mart, or in your study at home. Incorporated in the AE220, the Flicker-Free technology stabilizes electrical currents and stops most flickering, which is generally invisible, regardless of computer settings, to protect eyes and prevent tiring caused by viewing screens for long periods of time, thereby enhancing work efficiency. In addition, the AE220 supports Blue Light Control technology, also developed by MSI, for effectively reducing blue light emitted from your screen to safeguard your eyes.

Improved I/O interface and USB3.0 Support
The MSI AE220 is equipped with Creative's latest Sound Blaster Cinema sound technology, which optimizes voice and surround sound effects for different scenarios and enables users to enjoy more immersive effects when watching movies or listening to audiofiles. The MSI AE220 comes with a comprehensive range of I/O options which accompanies MSI's Super Charger power-off charging technology, and a USB 3.0 transfer interface with 10X the transfer rate, allowing you to make large file transfers and meet multi-media requirements more effectively. (Note: MSI Super Charger must be set to ON for initial use) 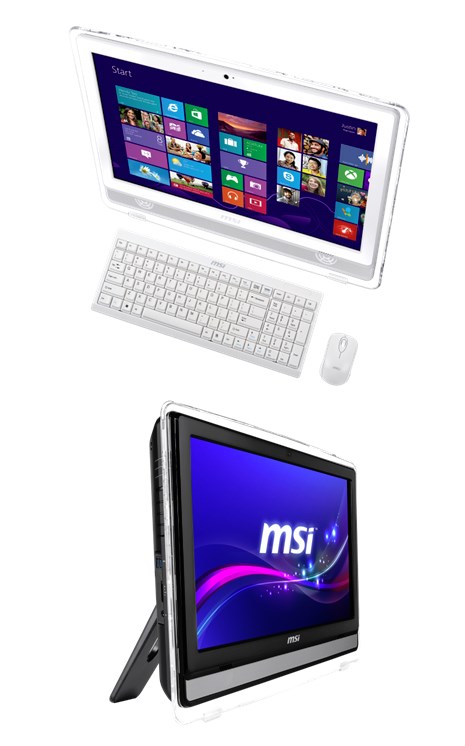