TP-LINK, a global provider of networking products, today announced a new solution to resolve wireless dead zones in your home or office. The TL-WA850RE 300Mbps Universal Wireless N Range Extender expands the WiFi coverage of your existing network by up to 40 percent.

The device's miniature size and AC plug wall-mounted design makes it easy to deploy around your home or office. Placing the Universal Range Extender between your main router and the area where additional WiFi coverage is needed will yield the best results.

Setup is facilitated by the built-in range extender button, quickly pairing the Range Extender with your main router after simultaneously pressing its WPS button. Login credentials are retained internally after setup, allowing users to relocate as needed to generate ideal coverage.

The TL-WA850RE is currently the only wall-mounted Universal Range Extender with a five-tier LED signal strength indicator. This feature makes it easy to find the best possible location for deployment.

Users can position the Range Extender to concurrently extend their coverage while functioning as a WiFi adapter through the built-in Ethernet port, providing network access to TVs, game consoles, Blu-ray players, and other Ethernet-enabled devices. No configuration, beyond the initial setup process, is needed to take advantage of this function. 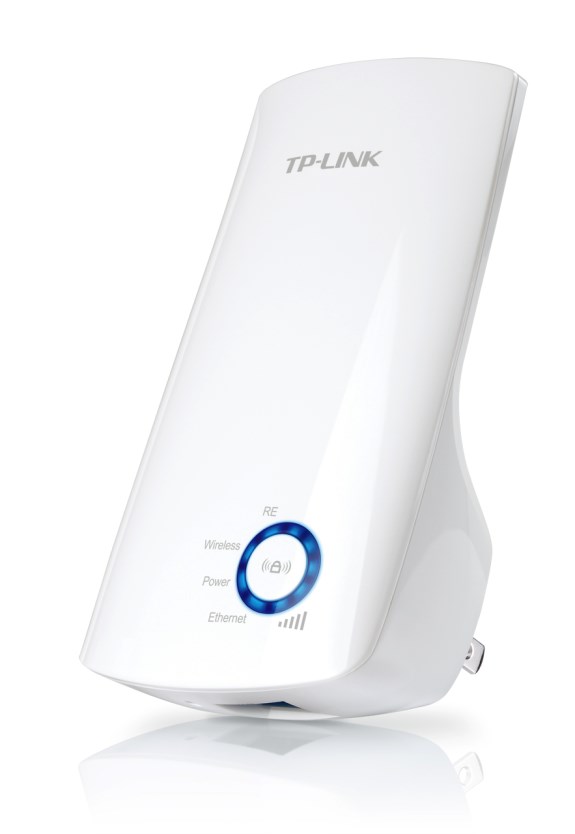