Posted on Monday, Sep 23 2013 @ 18:39 CEST by Thomas De Maesschalck
Also revealed today is Microsoft's Surface Pro 2, the second-generation of Microsoft's 10.6" tablet. The new model runs Windows 8.1 and uses an Intel Haswell Core i5-4200U processor, up to 8GB low-power memory, and up to a 500GB capacity SSD. The new model is faster than its predecessor and promises 60 to 75 percent more battery life!

The kickstand has also been revised for the refresh, as it's now a two-stage affair, addressing the issues many users had with the old Pro's awkward angle. As for ports, Microsoft says the Surface Pro 2 is loaded up with support for three USB 2.0, one USB 3.0, mini DisplayPort, Ethernet, audio in/out and, of course, charging. The Surface Pro 2, when docked, can output up to a 3,840 x 2,160 resolution on an external display and is capable of editing 6K video, backing up the company's repeated assertion that this tablet is actually a "full power PC." 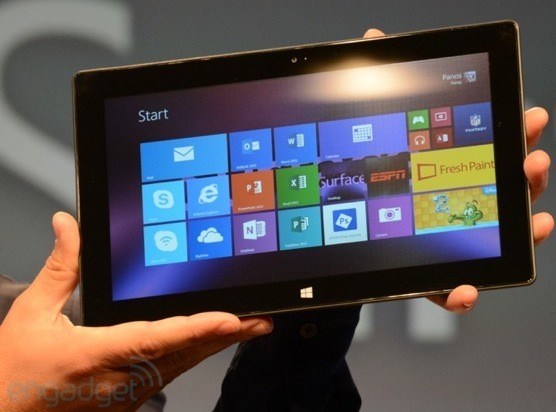