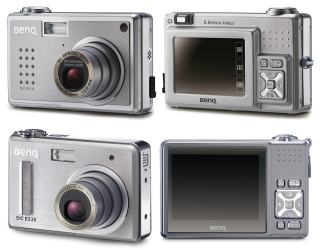 The SMC system effectively eliminates surface reflection and flares occurring when light passes through the lens by applying a multi-layer coating system to its lenses enabling its lens to deliver clear, high contrast images. The SMC lens that BenQ has adopted has a transparency of above 99.8%, with superior image-formation performance which produces images with pristine clarity, superb contrast and vivid image formation. In addition, the SMC lens also incorporates an extra-low dispersion (ED) glass lens element and two aspherical lens elements for true-to-life image reproduction and overall size reduction. The adoption of Pentax’s SMC lens allows BenQ’s DC image performance to rival other competitors, delivering excellent images and true-to-life photos.

More specifications can be found at DP Review