Posted on Saturday, Jul 23 2005 @ 22:18 CEST by Thomas De Maesschalck
A French website called xabox.com claims to have posted pictures of the Xbox 360 motherboard.

If this is really from the Xbox 360 then it must be taken taken from the recently released Xbox 360 beta developer kit which, according to rumors, includes a test version of the Xbox 360 GPU from AT but still the dual-core PowerPC 970 processor from IBM. Here's the leaked picture: 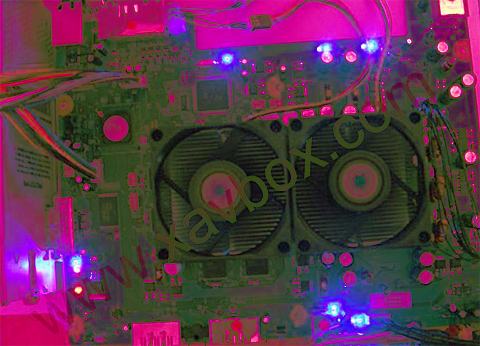 More details and photos at TeamXbox