Since the card features a BIOS-toggle switch, you can expect one of the two BIOS ROMs to feature a failsafe BIOS with reference clock speeds. MSI is expected to launch the card a little later this month. The R9 290X Lightning, however, can't be expected before 2014. One could expect a similar-looking card (perhaps minus the back-plate) based on the R9 290 (non-X). 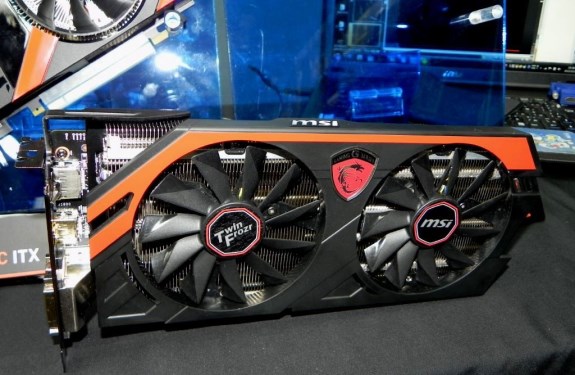