AMD paperlaunches its Radeon R7 260, a new budget card that will hit retail stores around mid-January for $109. The card is basically a cut-down version of the Radeon R7 260X, AMD disabled two of Bonaire's GCN compute units, resulting in 768 shader processors versus the 896 present on the R7 260X. Another difference is that the peak clockspeed has been reduced by 100MHz to 1000MHz and that the memory clockspeed has been lowered from 6500MHz to 6000MHz. Other than that, 1GB GDDR5 is the default clockspeed rather than 2GB on the R7 260X, and the TDP dropped from 105W to 95W. 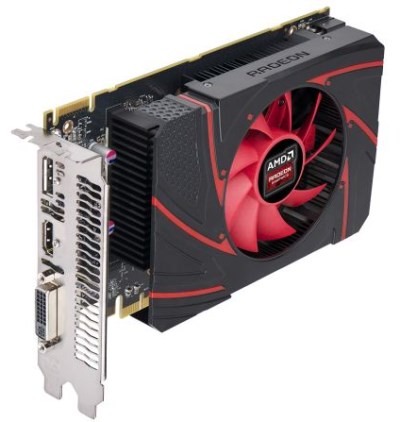