A teardown of Apple's new Mac Pro reveals the device is surprisingly upgradeable. Many people expected that due to the new Mac Pro's spherical design the device would have little room for upgrades but this seems to be far from the truth.

The 2013 Mac Pro is the most upgradeable Mac you can buy from Apple, the device allows you to upgrade the processor, the GPU, the RAM, and the SSD.

In a quick teardown of the new ‘Darth Vader’ Mac Pro 2013, Otherworld Computing (OWC) found that the Intel Xeon E5 processor inside the new Mac Pro is removable, using the lGA 2011 socket standard. That means that if you buy a Mac Pro now, you can upgrade its CPU down the line. 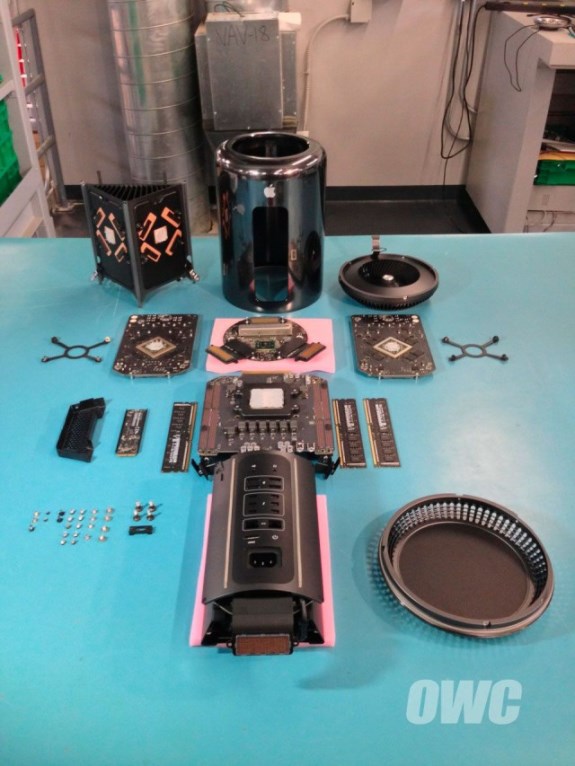