Posted on Thursday, Jan 09 2014 @ 20:02 CET by Thomas De Maesschalck
BeQuiet! introduces the Dark Rock Pro 3, its new processor cooling flagship. This large tower heatsink has a copper base, seven copper heatpipes, and two aluminium fin arrays with a total of 90 fins. Airflow is provided by two fans: a 120mm and a 135mm one, both PWM models with fluid bearings and Silent Wings blades. According to the company, these fans generate just 13.2dBA at 50% power and 26.1dBA at 100%.

With 4.8" x 5.2" x 6.4" dimensions, the Dark Rock Pro 3 is fairly massive. At 2.6 lbs, it's also a heavyweight. All that metal provides enough surface area to dissipate up to 250W, though. This beast should be capable of cooling even AMD's 220W FX-9590, which is basically an overclocked Vishera chip with a 5GHz peak Turbo frequency. 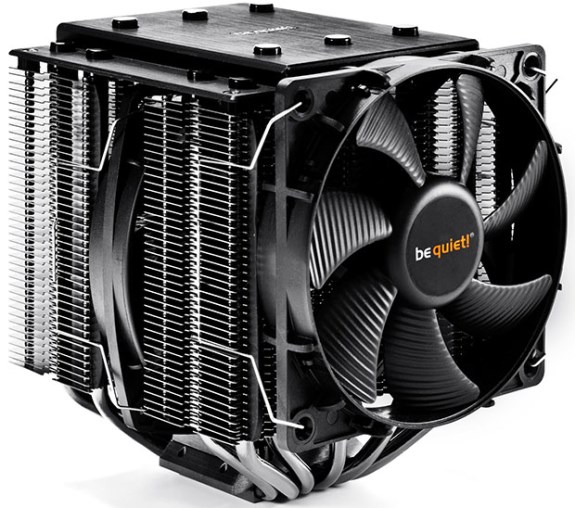 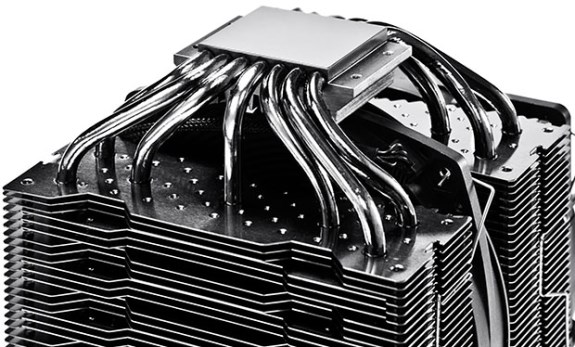