Leaked benchmark scores of the NIDIA GeForce GTX 750 Ti, which is expected to be the company's first Maxwell based graphics card, have been published at the Asian Coolaler forum. Perhaps the card was suffering from unfinished drivers but the performance is far from promising, on average the GTX 750 Ti was 10-15 percent slower in the tests than the GeForce GTX 660, which would put it in between the GTX 650 Ti Boost and the GTX 660.

The GTX 750 Ti is expected around mid-February so we should get more clarity in the coming weeks. 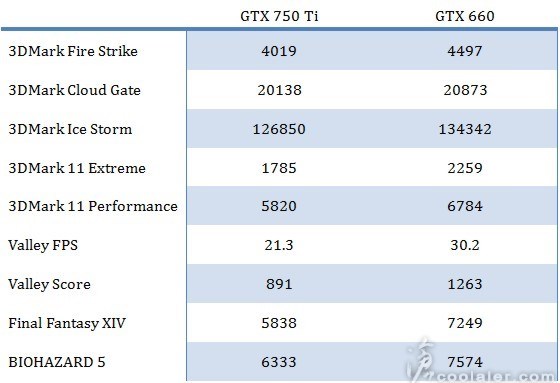