The Tech Report performed a check of the retail availability of the AMD Radeon R9 290 and R9 290X graphics cards and reports that both cards are now widely available, but not at AMD's MSRP.

Due to high demand for these cards from cryptocurrency miners like Litecoin, the going rate is much higher than what AMD had in mind when they launched the cards late last year. The Radeon R9 290X for instance has a $549 MSRP but the cheapest available card is the VisionTek Radeon R9 290X for $599.99, with all other alternatives costing anywhere from $611.31 to $699.99. 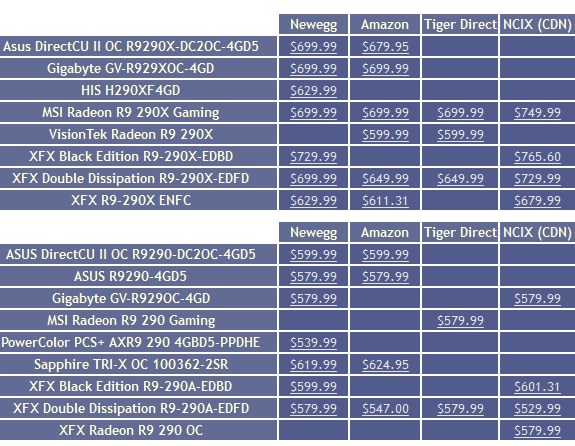