VideoCardz claims most of the previous rumors about the GM107, NVIDIA's first Maxwell GPU, were wrong. The site says the core count read by GPU-Z was wrong because the architecture has been changed compared to Kepler. GPU-Z assumed each SMX holds 192 CUDA cores but the actual number is 128. This means the GTX 750 Ti (the full GM107) has 5 SMs with 128 CUDA cores, giving a total of 640, whereas the GTX 750 has 512 (4 SMX).

The GM107 has a TDP of just 60W with most manufacturers will still add a PCIe power connector, for the sake of stability or increasing overclocking headroom. To give you an idea about the power efficiency of this card, VideoCardz notes that the GM107 offer similar performance to the GF100 "Fermi" (GTX 480) GPU, while consuming 4x less power. Maxwell is said to deliver twice the performance per Watt of Kepler!

The GM107 has a die size of 148mm², roughly 30 percent smaller than the GK107 but with a 15 percent higher transistor density. Further details can be read over here.

What is new in Maxwell

Okay, so the SM has been redesigned, the layout has changed, but what exactly makes the Maxwell better? Well here’s the list: 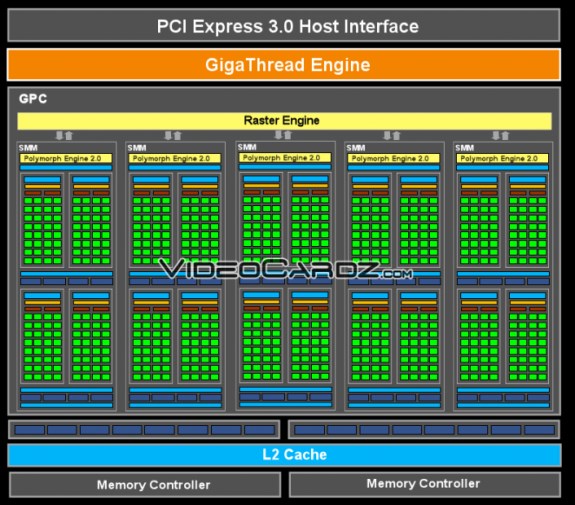