Microsoft to present DirectX 12 at GDC

Posted on Thursday, Mar 06 2014 @ 10:41 CET by Thomas De Maesschalck
Microsoft announced it will hold its first presentation about DirectX 12 at GDC on March 20, 2014. No further details were shared but the fact that the announcement includes partner logos of not only the usual three (Intel, AMD, NVIDIA) but also a Qualcomm Snapdragon logo seems to suggest that Microsoft has plans to take DirectX 12 into a more mobile direction.

Other than that, we've also heard rumors over the past couple of weeks that Microsoft is working together with its partners to bring DX12 closer to the metal, thereby eliminating the need for projects like AMD's Mantle. 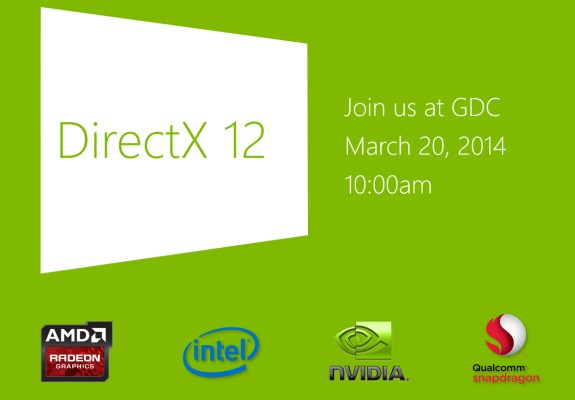