Posted on Thursday, Mar 13 2014 @ 13:45 CET by Thomas De Maesschalck
TPU spreads the news that Sapphire is going to release world's first consumer graphics cards with 8GB GDDR5 memory. It includes the Radeon R9 290X Toxic, which reportedly has a massive factory overclock to put it within the GeForce GTX Titan Black's performance territory, an there's also the R9 290X Vapor-X 8GB with a more modest factory overclock. The Vapor-X has the same cooler as the Toxic model but with a blue color scheme instead of a yellow one.

Sapphire is giving final touches to the Radeon R9 290X Toxic, which features 8 GB of memory across the GPU's 512-bit wide GDDR5 memory interface. In addition to that, the card is said to feature a massive factory-overclock, which could give it a shot at the performance crown from NVIDIA's GTX TITAN Black. The card features a large vapor-chamber equipped cooling solution in sexy black + yellow. 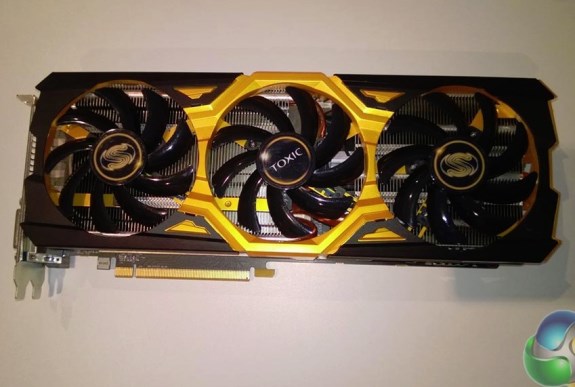