Posted on Thursday, May 01 2014 @ 11:09 CEST by Thomas De Maesschalck
8 Pack from Overclockers UK performed a pretty impressive overclocking feat by clocking two AMD Radeon R7 240 graphics cards in CrossFire from 720MHz to 1590MHz - an overclock of 120 percent! The feat was achieved with LN2 cooling and three $99 EVGA E-power boards per card; one each fore Core, PII and Vmem. He also needed three 1200W PSUs for the needed PCIe power connectors. 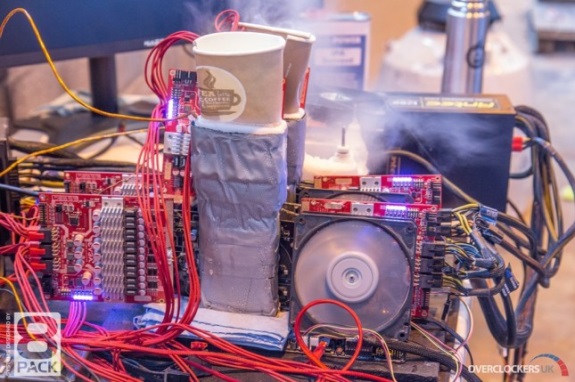