The Tech Report writes AMD gave its first public demonstration of Seattle, the company's upcoming ARM-based server processor. The chip is based on the ARM Cortex-A57 core and AMD demonstrated it by giving a web hosting demonstration. AMD showed the machine running a WordPress blog and streaming a video.

The demo involved web hosting. AMD showed the entire LAMP (Linux, Apache, MySQL, PHP) stack running on top of a Seattle-powered development server. You probably can't read the little spec sheet in the picture above, so here's what it says: 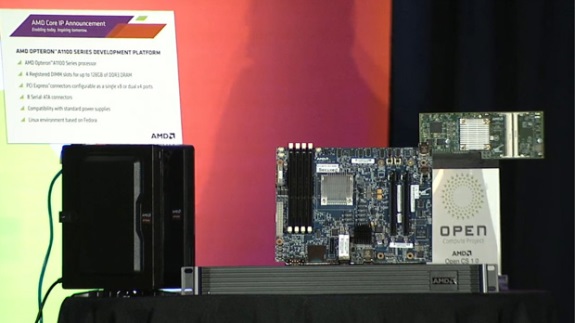