Posted on Wednesday, May 28 2014 @ 13:19 CEST by Thomas De Maesschalck
Google is working on Project Tango, a new line of mobile devices that can sense space and movement in a similar way to humans. The first prototype was finished in February, it's based on an Android phone with a 5" screen and is capable of measuring over 250,000 3D movements per second. The next step is to create a 3D tablet, you can learn more about it at EE Times.

As part of Project Tango, Google is now building a first-generation 3D tablet, according to an article in the Wall Street Journal, which quoted unnamed internal Google sources. On top of the usual sensors present on current products, the article said that the tablet will have advanced vision capabilities in the form of sophisticated 3D cameras, infrared depth sensors, and dedicated software.

Indeed, Google might already be producing 4,000 units of the seven-inch tablet to present at the company's annual developer's conference next month, according to the article. One possible feature of the tablet could be the ability to create accurate virtual worlds, such as mockup sets, from real-world environments. This would help game developers and movie producers cut down digitizing time. 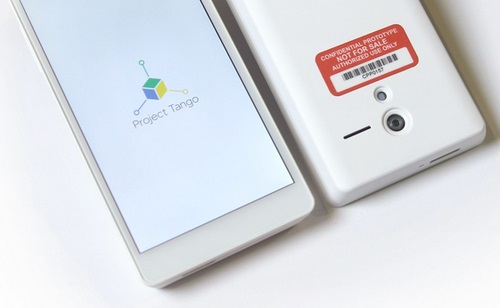