On top of this, Intel also revealed the Pentium G3258. This Anniversary Edition chip has a bulk OEM pricing of $72, it's a dual-core model with a frequency of 3.2GHz and unlocked multiplier. In terms of oldskool overclocking fun this could be one of the best chips Intel launched in quite along time. The only downside is that you'll probably still need an expensive Z-series motherboard in order to unlock all overclocking capabilities. 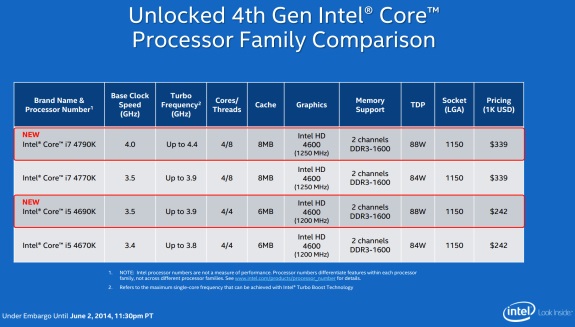 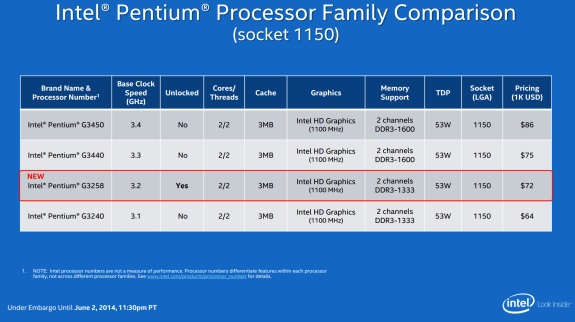