Posted on Monday, Jun 09 2014 @ 14:16 CEST by Thomas De Maesschalck
CNET reports a company named Darfon has presented a super-slim Maglev keyboard that uses magnets instead of the standard rubber domes found on normal keyboards. This new technology may help to make laptops even thinner and Darfon claims the key's resistance can be tweaked electronically, so it's possible to have various degrees of pressure depending on your preference.

Since the Maglev lacks rubber cups, the keyboard is noticeably thinner too. On the demo notebook that the company set up to show off the slimness, the keys were so close to the notebook that it was quite hard to type with.

On the standalone keyboard, however, I found the pressure and "clickiness" to be just about right. Darfon says it is also able to tweak the resistance electronically, so the keys will have various degrees of pressure depending on the preferences of their customers. 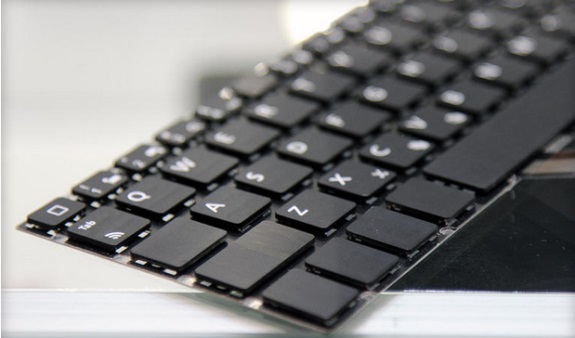