Posted on Wednesday, Jun 11 2014 @ 11:05 CEST by Thomas De Maesschalck
TPU writes Intel revealed its new SSD roadmap at the 3D Revolution 2014 event in Rome. The slide reveals the chip giant is working on the SSD 750 series, a new consumer model based on the company's 20nm MLC NAND flash memory. Codenamed "August Ridge", this new line will be available in 2.5" SATA 6Gbps, mSATA 6Gbps and M.2 form factors. Availability is slated for Q4 2014. 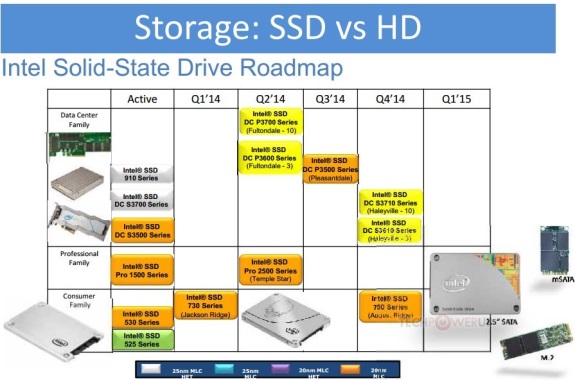