Google made its entry into the virtual reality landscape with the introduction of a low-cost VR headset that consists of your Android phone plus a viewer made out of cardboard. Showed off during the company's keynote speech at the I/O conference, this is a very low-end DIY VR kit, it consists largely of cardboard and features two plastic lenses as well as a set of magnets and some Velcro to hold things together.

Once constructed you need to install the Cardboard Android app on your smartphone (has to be Android 4.2 or higher) and place your phone inside the viewer.

Virtual reality has made exciting progress over the past several years. However, developing for VR still requires expensive, specialized hardware. Thinking about how to make VR accessible to more people, a group of VR enthusiasts at Google experimented with using a smartphone to drive VR experiences.

The result is Cardboard, a no-frills enclosure that transforms a phone into a basic VR headset, and the accompanying open software toolkit that makes writing VR software as simple as building a web or mobile app.

You can learn more about it at the Cardboard site. 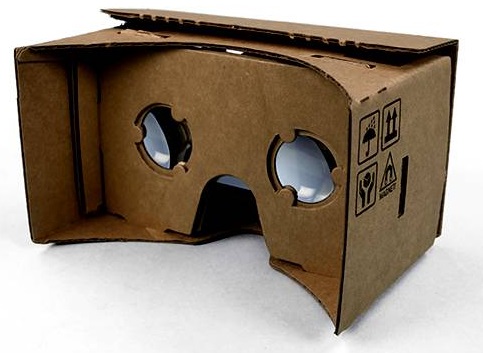