News hit the web that Microsoft plans to get rid of the Start Screen in the desktop version of Windows Threshold, the next big release of the company's operating system.

According to the rumor mill, the Start Menu will be the entire Start experience in the desktop and laptop oriented version of Threshold, there will not be a Start Screen but you will be able to maximize the Start Menu so that it takes up the whole screen and works in a similar fashion like the Start Screen does today in Windows 8.x.

The new Threshold Start menu isn't based on the old Start menu. It is instead a new Start experience based on the Windows 8.x Start screen. It will likely auto-detect your PC type on first launch, and if the system boots to the desktop—as it does on traditional PCs in Windows 8.1 today, it will provide a menu that is roughly analogous, size-wise to the Windows 7 Start menu. But if you are using a tablet or other touch-based system with no keyboard, you will boot to a full-screen Start menu that looks and works a lot like the Start screen does now. Users will be able to toggle between the two displays, I'm told, and configure it to work as they prefer. 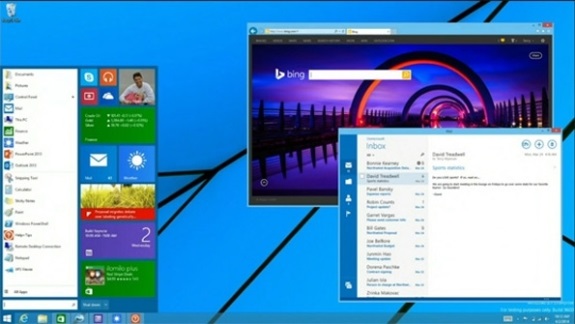