Posted on Wednesday, July 23 2014 @ 12:56 CEST by Thomas De Maesschalck
Researchers at MIT announce the development of a new graphite-based "solar sponge" that converts light into steam with an efficiency of 85 percent! The material consists of a thin double-layered disc, the bottom is basically a spongy carbon foam that doubles up as a flotation device and thermal insulator to prevent the heat from dissipating into the fluid underneath. The top of the disc consists of flakes of graphite that were exfoliated using a microwave.

When exposed to concentrated sunlight, hot spots in the graphite draw water up via capillary action and convert the water into steam. The researchers claim that at a solar concentration of 10 times that of a typical sunny day, which is easily achieved with a lens or reflector, the material converts 85 percent of the incoming solar energy into steam.

If the technology can be scaled up it could provide a new method to desalinate water or to sterilize equipment. Clean power generation is also a possibility but because turning steam into electricity is a rather inefficient process it remains to be seen whether this new technology will be cost-efficient versus traditional solar power generation.

And then there’s the most exciting possibility: Good ol’ power generation. In modern-day concentrated solar thermal power generation, fresnel lenses or parabolic reflectors are used to concentrate sunlight by up to 1,000 times. If steam can be produced with just the intensity of 10 suns, then system costs can probably be reduced and overall efficiency increased. A lot more work needs to be done before this stuff revolutionizes power generation, though: So far, though, MIT hasn’t gone any further than “ooh, this stuff produces steam!” As we mentioned before with regards to desalination, it’s very likely that this new material would clog up with mineral deposits rather quickly (i.e. fouling), completely destroying any semblance of efficiency. 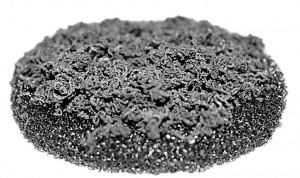