AMD has no new desktop socket until 2016

TechPowerUp notes AMD won't introduce a new desktop socket until some time in 2016.

The company's desktop processor and APU platforms are expected to see little changes over the next year and a half which means AMD will stick with AM3+ and FM2+ until the introduction of DDR4 support and Project Fast-Forward. The latter project is AMD's goal to place high-bandwidth memory right next to the APU die to overcome memory bottlenecks suffered by integrated graphics.

In related news, it also appears that AMD's Carrizo APU may be exclusively for mobile devices.

The company's upcoming "Carrizo" APU is targeted at low-TDP devices such as ultra-slim notebooks and tablets; and is the first chip to integrate AMD's next-generation "Excavator" CPU micro-architecture. "Carrizo" chips continue to use DDR3 system memory, and therefore it's possible that AMD may design a socket FM2+ chip based on "Excavator," probably leveraging newer silicon fab processes. But otherwise, socket FM2+ is here to stay. 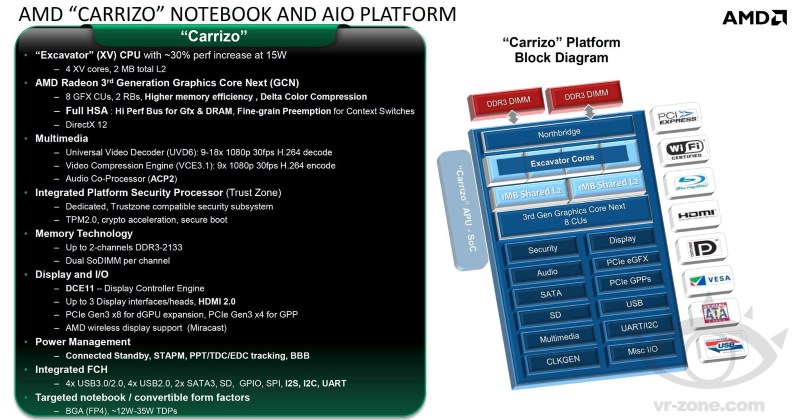