Posted on Monday, Nov 17 2014 @ 17:07 CET by Thomas De Maesschalck
SK Hynix recently started shipping its 3D stackable HBM (High-Bandwidth Memory) GDDR5 memory. The first chips have a capacity of 4Gb and are clocked at 8GHz! According to the rumor mill, these fast chips will be used by AMD's Radeon R9 390X.

As it stands, AMD's best GPU; the Radeon R9 290X, has its memory frequency hitting around 5-6GHz, while NVIDIA's enjoys things a little higher, at 7GHz. SK Hynix's new chips increase the frequency up to 8GHz, in 4Gb chips, which should see some deliriously fast GPUs on offer for the next-gen.

With AMD's Radeon R9 390X rumored to have a 4096-bit bus, this memory shipping could indicate we're closer to seeing a next-gen GPU not only from AMD, but NVIDIA. AMD's R9 290X has a 512-bit memory bus, but this new HBM RAM could really kick things up a notch, especially with AMD partnering up with SK Hynix before the rumors of the next-gen GPUs even began. 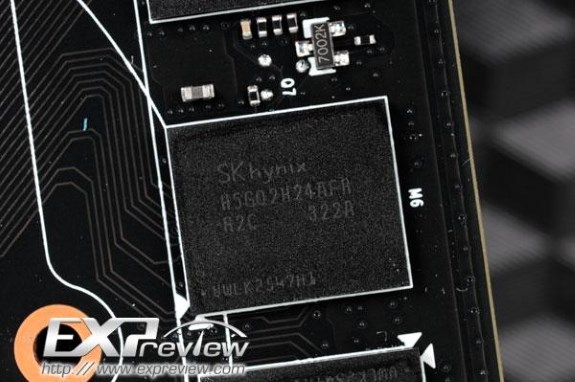