Posted on Tuesday, Nov 18 2014 @ 17:05 CET by Thomas De Maesschalck
Nokia introduces the N1 Android 5.0 tablet, the company's first new piece of hardware since it sold off its phone division to Microsoft. The device is expected to cost around $250 and will first land in China just before Chinese New Year (February 19, 2015), with a launch in Russia to follow shortly after. The N1 has a 7.9" form factor, it's made from a single block of aluminium and it's WiFi-only. Full details can be found at Engadget.

Interestingly, the device will not be made nor sold by Nokia. The company will license its brand name to an unnamed OEM partner, which will take care of manufacturing, distribution and sales.

With the WiFI-only N1, Nokia ran clear in the opposite direction -- its rounded chassis is milled from a single block of aluminum, and is highly, highly reminiscent of an iPad Mini. Don't believe me? Take a quick look at the slideshow above -- the placement of the 8-megapixel rear and 5-megapixel front cameras, the reversible USB Type C port (no micro-USB here), the twin set of speakers, and some familiar looking volume buttons all scream Cupertino. With its 6.9mm waistline, the N1 is actually a little slimmer than an iPad Mini 3, but the differences really become pronounced once you take a peek within.

There's a 64-bit 2.4GHz quad-core Intel Atom Z3580 paired with 2GB of RAM thrumming away in there, and 32GB of storage for all your digital effluvia. All things considered, the N1 would just be another handsome Android tablet if it weren't for what Nokia has loaded onto it. 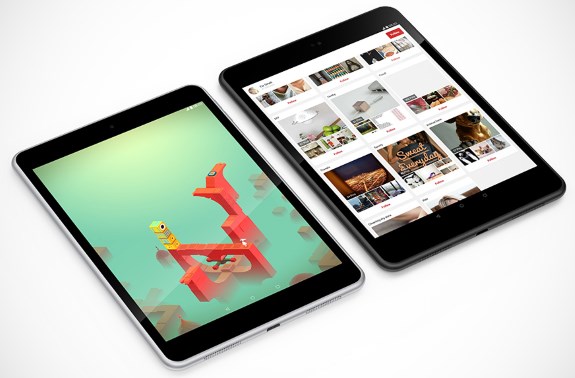