Posted on Wednesday, Jan 07 2015 @ 15:31 CET by Thomas De Maesschalck
One of the cool things Intel is showing off at CES is the Compute Stick, a fully functional computer that looks like an oversized USB flash drive. The device comes pre-loaded with Windows 8.1 and features a quad-core "Bay Trail" Atom processor, 2GB RAM, 32GB internal flash memory, and one USB port which can be used for mouse/keyboard or a hub.

Intel says it's compatible with any HDMI display but the prototype still requires power via micro-USB. Eventually, the goal is to power the device solely through HDMI but that version is still some time away.

The Tech Report notes the Windows 8.1 version is expected to cost $149. A Linux-based model could start at just $89 but that version is planned to have only 1GB of RAM and 8GB of storage capacity. 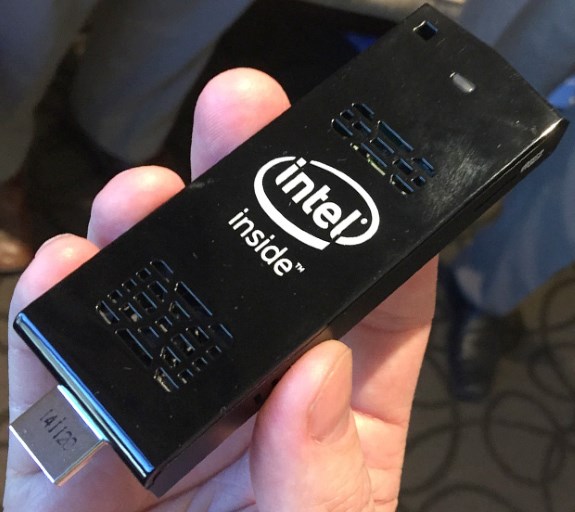