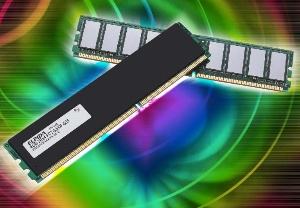 Elpida's new modules can deliver up to 32 Gigabytes of memory in an eight-slot server platform, with system data transfer rates up to 21.2 Gigabytes per second (GB/sec). Elpida's FB-DIMMs are based on its 1 Gigabit DDR2 devices which are incorporated into Elpida's unique, stacked FBGA (sFBGA) packages to achieve much thinner modules -- 6.7mm -- compared to the JEDEC specification of 9.8mm (max). The module thinness helps increase air flow between DIMMs and improves thermal performance in server and blade systems.

"The new FB-DIMM standard represents a major technology breakthrough for server platforms," said Jun Kitano, director of Technical Marketing for Elpida Memory (USA). "Elpida's FB-DIMMs leverage our existing strengths in device manufacturing and packaging technology, as well as our expertise in supporting the leading-edge of the server market."

About the New FB-DIMM
The new FB-DIMM was created to address performance limitations associated with the previous standard for Registered DIMMs for server platforms. FB-DIMMs were designed to support next-generation processors and faster bus speeds. The new FB-DIMM calls for all signals -- clock, address, command and data -- to and from the DRAM devices on the module to be buffered at the high-speed Advanced Memory Buffer (AMB) chip located on the DIMM. This helps to secure the DRAM timing margins during high-speed operation with a much shorter signal path between the DRAM and the AMB. The FB-DIMM also adopts a Point-to-Point connection on the bus between the memory controller and the DIMM, as well as between the DIMMs themselves. This allows increased bus speed with a shorter connection path. It also greatly improves the maximum number of DIMMs that can be loaded on the bus -- up to eight 2-rank DIMMs per channel -- with less concern about signal degradation.

Elpida's 4 Gigabyte FB-DIMM -- Technical Details
Elpida's 4 Gigabyte FB-DIMMs (Part numbers: EBE41FE4AAHA-5C-E 0EBE41FE4AAHA-6E-E) are organized and 256M words x 72-bits x 2 Ranks. They are composed of thirty-six pieces of 1 Gigabit DDR2 SDRAM stacked using Elpida's sFBGA packages. The stacked packages enable an exceptionally thin module design, and they actually improve module yield because they are based on devices that have already been tested. The modules are available in two performance modes: either PC2-4200F or PC2-5300F. PC2-4200F mode uses DDR2-533 devices with a CAS Latency (CL) of 4-4-4, and the PC2-5300F mode uses DDR2-667 devices with a CL=5-5-5. This translates to a module data transfer rate of 5.3GB/sec per channel, 21.2GB/sec per system in a 4-channel configuration.