Posted on Thursday, January 08 2015 @ 18:27 CET by Thomas De Maesschalck
Plextor shows off its new SSDs at CES 2015. The upcoming M6e Black Edition PCIe SSD will feature PlexTurbo 2.0, a DRAM caching solution that promises double as much performance as the initial version of PlexTurbo.

Plextor, a leading developer of high performance storage devices, will be unveiling the new M7e solid-state drive , the fastest Gen 2x4 M.2 SSD in the market today, with their complete line of solid-state drive products at the 2015 Consumer Electronics Show (CES) in the Plextor suite at the Aria.

Plextor plans to debut its next generation of supercharged solid-state drive, the M7e, which features PCIe Gen 2 x 4, enabling up to 2GB of information to be passed in one second. PCI express drives give gamers and high intensity users the maximum performance and synergy they crave from their devices.

Also scheduled for display is the M6e Black Edition, which will be available later this month. It boasts random read/write speeds of 105/100K IOPS. The M6e Black Edition gives gamers and advanced users the smooth ultra-fast professional-grade storage and the reassurance of Plextor's legendary quality and rock-solid reliability. The M6e Black Edition will include PlexTurbo 2.0, the latest generation of solid state memory cache solutions developed by Plextor, and will allow increased system memory size of up to 4GB DRAM. Additionally, PlexTurbo 2.0 caching utility features data loss protection during sudden power interruptions or system crashes.

“We’re excited to showcase the fastest solid state drives this year at CES,” said Lear Wu, Global Sales Manager for Plextor. “Our new offerings continue to keep Plextor at the forefront of the industry.”

The complete line of Plextor solid-state drives on display in the media suite includes solutions for the consumer, as well as industrial and automotive industries. Visitors to the Plextor suite will be able to test the M7e versus a leading competitor and see on displays other Plextor live SSD demos while speaking with members of Plextor’s Research and Development team. 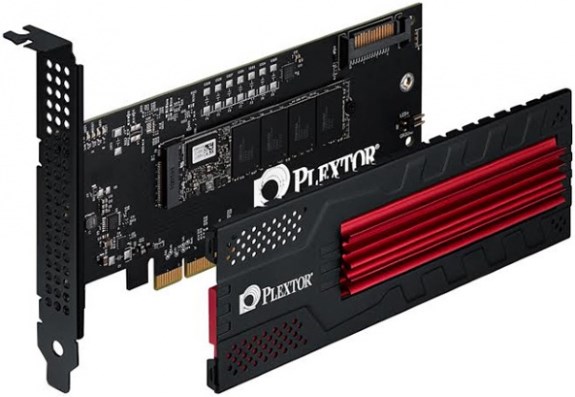