One of the interesting features of these cases is that despite their compact form factor, they're still capable of housing a dual-slot graphics card. This is achieved by a PCIe riser module that places the video card parallel to the motherboard, rather than perpendicular to it.

The RVZ02 is coming in the second quarter and is the slimmer of the two, with a volume of just 10 liters. Despite that distinction, it can house graphics cards up to 11.5" long, including the GeForce GTX 980.

The FTZ01 is closer to release and is a little larger, at 14 liters. SilverStone expects to roll it out later this month with a $129 asking price. This one is made of solid aluminum (hence the metallic finish), and it features a dual-chamber design with slim fans. 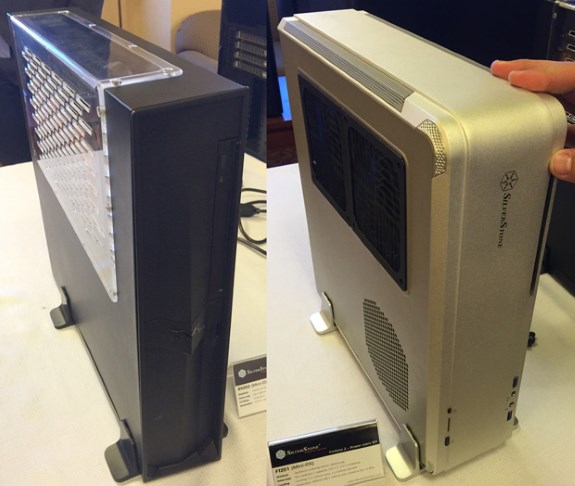 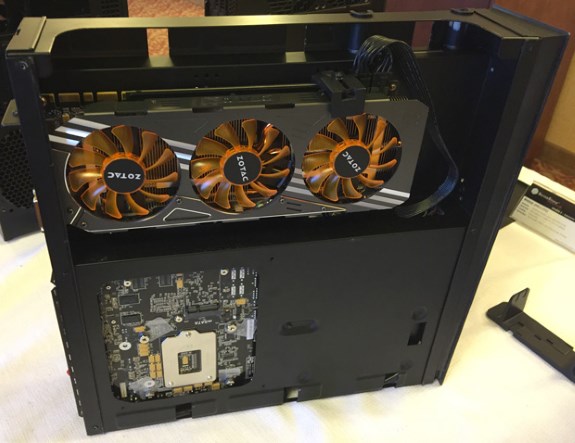