Google hands over further development of Glass to Nest

Posted on Friday, January 16 2015 @ 12:38 CET by Thomas De Maesschalck
Google announced it's terminating sales of its Glass Explorer edition. While some are touting this as the beginning of the end of the Glass project, the search giant claims Glass is leaving its infancy and explains they're "graduating" the project from the Google[x] labs to a new team.

The interesting part is that Google is basically moving Glass development to Nest Labs, the smart home firm it acquired about a year ago. At Nest, the Glass project will be under the supervision of former iPod creator Tony Faddell. TechCrunch claims a new Glass model could be ready by June for a preview at the company's yearly I/O conference.

It’s hard to believe that Glass started as little more than a scuba mask attached to a laptop. We kept on it, and when it started to come together, we began the Glass Explorer Program as a kind of “open beta” to hear what people had to say.

Explorers, we asked you to be pioneers, and you took what we started and went further than we ever could have dreamed: from the large hadron collider at CERN, to the hospital operating table; the grass of your backyard to the courts of Wimbledon; in fire stations, recording studios, kitchens, mountain tops and more.

Glass was in its infancy, and you took those very first steps and taught us how to walk. Well, we still have some work to do, but now we’re ready to put on our big kid shoes and learn how to run.

Since we first met, interest in wearables has exploded and today it’s one of the most exciting areas in technology. Glass at Work has been growing and we’re seeing incredible developments with Glass in the workplace. As we look to the road ahead, we realize that we’ve outgrown the lab and so we’re officially “graduating” from Google[x] to be our own team here at Google. We’re thrilled to be moving even more from concept to reality.

As part of this transition, we’re closing the Explorer Program so we can focus on what’s coming next. January 19 will be the last day to get the Glass Explorer Edition. In the meantime, we’re continuing to build for the future, and you’ll start to see future versions of Glass when they’re ready. (For now, no peeking.)

Thanks to all of you for believing in us and making all of this possible. Hang tight—it’s going to be an exciting ride. 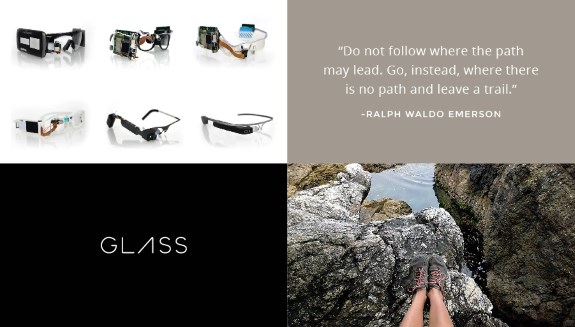