MSI is excited to announce the launch of three new All-in-One PC’s equipped with AMD's latest energy efficient Beema APU platform. The Adora20 5M and AE200 5M include a 19.5" anti-glare display featuring MSI Anti-Flicker & Less Blue Light Technology, to effectively reduce eyestrain and eye fatigue during long working hours. The new AE220 5M features a similar display with a 21.5” size and a compact design which blends seamlessly into modern interiors. With an ultra-slim casing (only 23mm at its thinnest point), the MSI Adora20 5M brings a new level of perfect home PC experience. 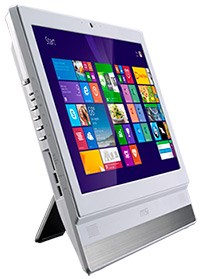