Microsoft showed off a bunch of new features of its upcoming Windows 10 platform at its Windows event today. This next-gen operating system is designed to run on devices from large screens to no screens, and perhaps one of the most exciting things is that it will be a free update to customers running Windows 7, Windows 8.1, and Windows Phone 8.1 who upgrade in the first year after launch.

Here's a brief overview of the new Windows 10 experiences: 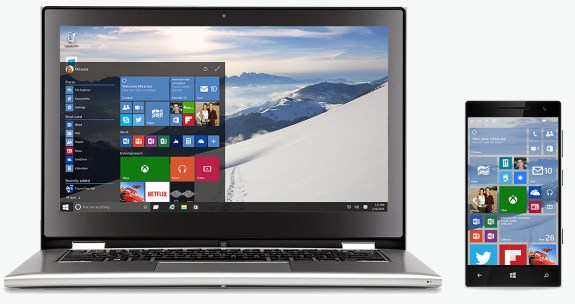 If you have more time to read, extra details about these new features can be found in the PR blurb below. Also important to know is that the next Technical Preview of Windows 10 will be available to Windows Insiders next week while the phone version follows in February.

“Our ambition is for the 1.5 billion people who are using Windows today to fall in love with Window 10 and for billions more to decide to make Windows home.”

Windows 10: Making computing more personal
Windows 10 marks the beginning of the more personal computing era, where technology disappears and people are at the center. In this era, the mobility of the experience matters, not the mobility of the device, and experiences should work in a seamless, familiar way across devices. People should be able to naturally interact with technology as they interact with other people — with voice, gestures and gaze. Protecting privacy plays a pivotal role in delivering trustworthy experiences that put people in control of their experience.

On Wednesday, Microsoft showcased a variety of new experiences coming to Windows 10, including the following: