Posted on Friday, Jan 30 2015 @ 14:14 CET by Thomas De Maesschalck
Researchers have discovered one of the oldest solar systems known to date. Called Kepler-444, this newly discovered solar system is about 11.6 billion years old and contains five plants in sizes between Venus and Mercury.

NASA’s Kepler spacecraft carried out observations of the system, named Kepler-444, which resides in the Lyre Constellation, over a period of 4 years. The 5 planets discovered in the system range in sizes between Venus and Mercury making their orbit around the star in less than 10 days at a distance of less than 1/10th Earths distance from our own sun.

Scientists believe that the age of the system and its time of creation may represent the possibility of ancient life in our galaxy as well as marking the beginning of the planet-forming era for our galaxy. 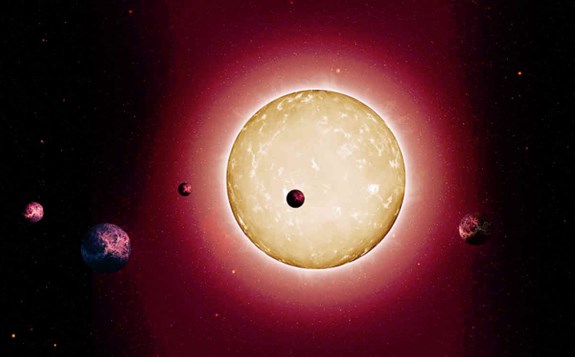