The Pirate Bay rises from the ashes

Posted on Tuesday, Feb 03 2015 @ 13:48 CET by Thomas De Maesschalck
After seven weeks of being offline due to a police raid in December 2014, The Pirate Bay rises from its own ashes and has chosen a new phoenix logo to celebrate its return. ExtremeTech writes the functionality of the site has remained largely the same and notes the new site does not yet serve ads.

As far as the torrents go, the site doesn’t seem like it lost much — people are uploading torrents on a regular basis, and many (if not all) torrent listings from before the raid seem to remain intact. One change, though, is that site staff won’t have access to the moderation panel. This shouldn’t affect users much, if at all, and was done in an effort to streamline maintenance of the site.

Even though the resurrected site sits on the old URL, former TPB staffers said they would be launching a new Pirate Bay, which they deem as the true heir. This also comes in conjunction with the sites that rose to take the Bay’s place, such as IsoHunt’s Old Pirate Bay, which seems to have grown into the heir apparent. 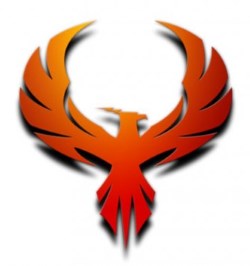