Posted on Thursday, Feb 05 2015 @ 13:25 CET by Thomas De Maesschalck
Slides that detail Intel's upcoming 100-series chipsets for the Skylake family have hit the web. This new series will feature the H110, H170, Z170, B150, Q150 and Q170 chipsets. As always, the Z-series Z170 is the most advanced version, compared with its predecessor it offers four additional USB 3.0 parts and 20 PCIe Gen 3.0 lanes that increase the PCIe bandwidth from 32Gbps to 160Gbps. Full details at Hexus.

The most fully-featured chipset is the new flagship Z170, which succeeds Z97. Compared to its predecessor there are an additional four USB 3.0 ports on offer as well an upgrade to 20 PCIe Gen 3.0 lanes. In effect, the PCIe bandwidth available has increased five-fold from 32Gb/s to 160Gb/s due to the addition of 12 more lanes and an elevation to Gen3.

Those extra chipset lanes are in addition to the 16 PCIe 3.0 lanes that are integrated onto the CPU die directly. These CPU lanes facilitate electrical configurations of x16 or x8/x8, or x8/x8/x4 on Z170, but all other chipsets only allow for a single x16 solution. On the subject of CPUs, Z170 is the only chipset that will officially support CPU overclocking. 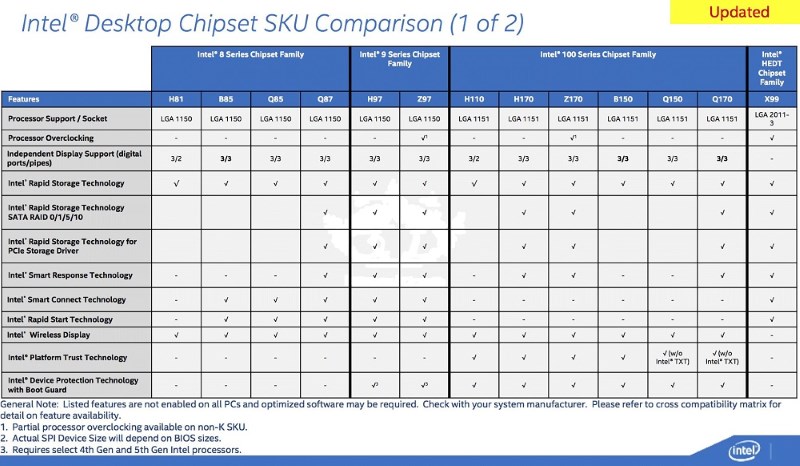 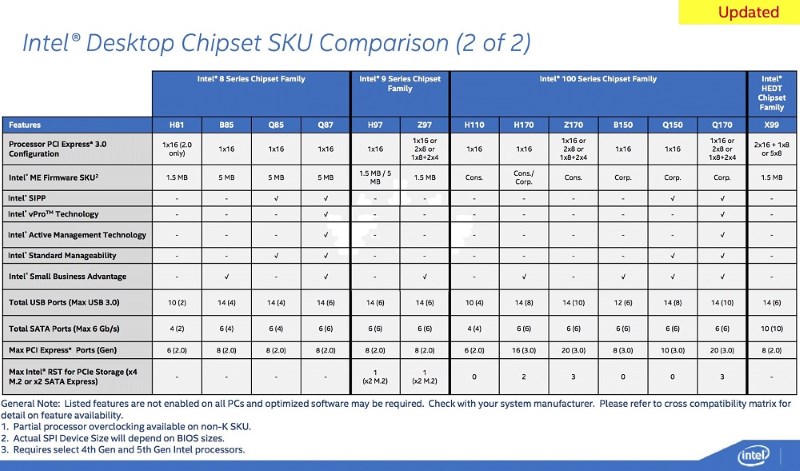