Posted on Thursday, March 05 2015 @ 13:59 CET by Thomas De Maesschalck
Legit Reviews got a closer look at NVIDIA's GeForce GTX Titan X graphics card. Not much is known about the card other than that it has 8 billion transistors and 12GB GDDR5 memory. It's rumored to feature a GM200 GPU and the pictures reveal it uses 6-pin plus 8-pin PCIe power connections.

Not much is known about the GeForce TITAN X, but we know that it has slightly over 8 billion transistors built on the company’s new Maxwell architecture. We also know that it is packed to the gills with 12GB of VRAM. The GeForce GTX TITAN X is a dual-slot card that has a black on the fan shroud that has the styling found on recent GeForce GTX reference cards. 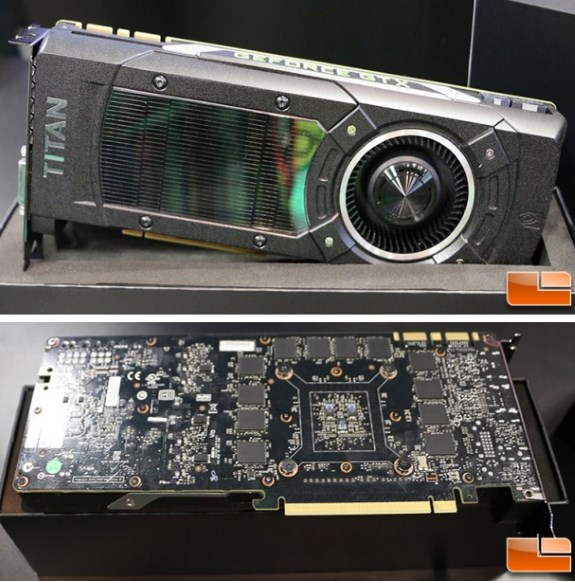