. Aside from those core count, cache, and clock speed differences, the processors are the same: two memory channels supporting DDR3 and DDR4, for a total of up to 128GB RAM, 24 lanes of PCIe 3, eight lanes of PCIe 2, two 10gigE controllers, six SATA 3 channels, four USB 3 and four USB 2 ports, all with a power rating of 45W.

The processor cores, memory controllers, and high-speed I/O (Ethernet and PCIe 3) are all on the same die. The slow I/O (USB, PCIe 2, SATA) that would traditionally be in an external south bridge chip are on a separate die housed within the same chip package. 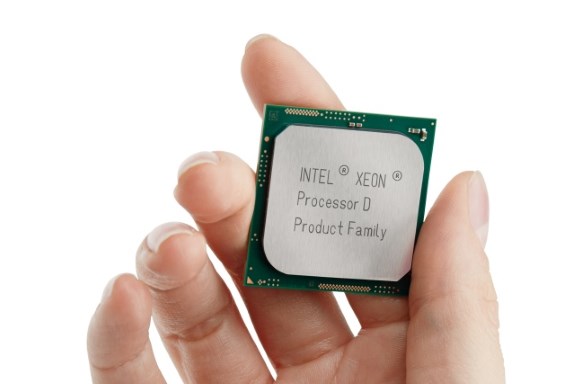