Other than the low pricing the disk is fairly unremarkable, it uses a SandForce SSD controller, 6Gbps SATA interface and Micron MLC NAND flash memory rated at 3k write/erase cycles.

Performance ratings are pretty much what you'd expect. The fastest version promises sequential speeds in the 550-530MB/s range, with random writes up to 87k IOps. Oddly, though, the 480GB model tops out at 485MB/s with sequential writes and 32k IOps with random ones. Maybe Mushkin mixed up the specs with those of the 120GB or 60GB versions, which are both rated for higher write speeds.

Mushkin says the exact components in the ECO2 are subject to change due to component availability, but promises to make revisions clear by marking it on the box or possibly via a different model designation to avoid "bait and switch" tactics. 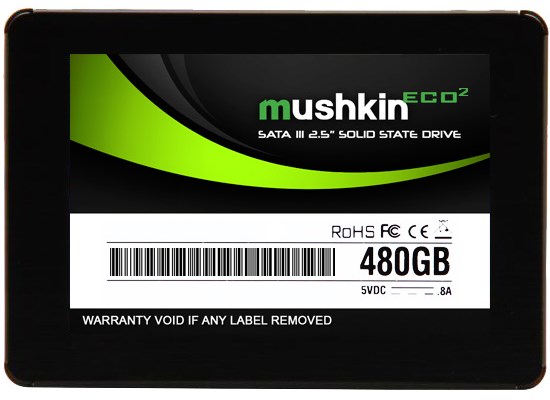