ASRock is the first with a Mini-ITX X99 motherboard

ASRock achieved the impossible, by innovating the world's first socket LGA2011v3 motherboard in the mini-ITX form-factor, letting you give your mini-ITX build the muscle of an eight-core Intel Core i7-5960X processor, with DDR4 memory. The new X99E-ITX/ac from ASRock is a standard mini-ITX motherboard, with a bulk of its precious PCB real-estate occupied by the large LGA2011v3 CPU socket. This socket features an unconventional cooler mount, which is comparable to the 2088-pin socket found on "Haswell-EP" system boards. ASRock has included an copper heat pipe-fed aluminium fin heatsink with this board, although its ability to cool a 140W TDP chip looks suspect. 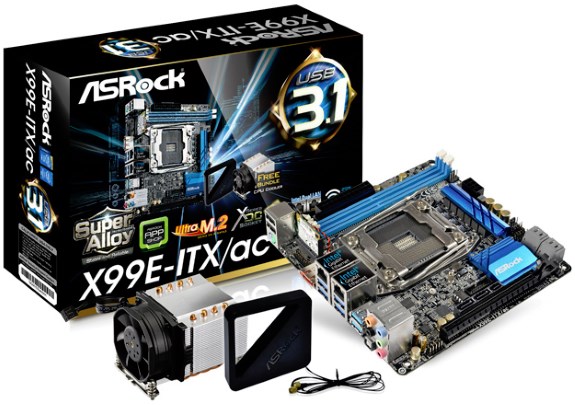