Posted on Tuesday, Mar 17 2015 @ 12:02 CET by Thomas De Maesschalck
ASUS announced ROG-themed SLI bridges with a brushed aluminium finish and an illuminated ROG logo. You can get them in two, three and four-way SLI configurations. 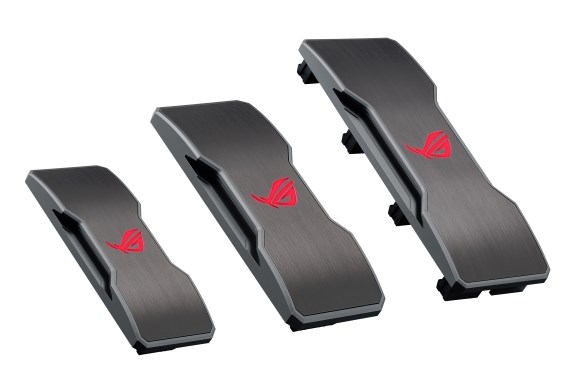